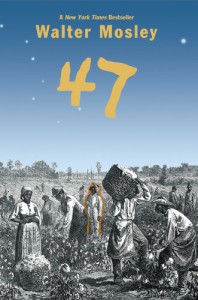 Apparently this is considered youth fiction because the protagonist is a youth. The story is a sort of fairly tale that deals with the lives of slaves in the south about thirty years before the Civil War.

Since we still live in a time when the progeny of the perpetrators of the atrocity that was slavery are in great denial — a popular cooking show host claims the slaves of her great-grandparents were better off because her great-grandparents cared for them; a prominent candidate for the Presidency in 2016 claims that Civil rights legislation is wrong headed, tells students at a historically Black university that they should support the party of Lincoln, being totally unaware, it seems, that the party of Lincoln has long since become the party of Strom Thurmond, also hires a white supremacist as his publicist (since rescinded due to "political pressure", not a realization that the guy is in any way wrong headed); that the former senate majority leader said just a few years ago that the country would have been better off had Strom Thurmond been elected in 1948; and so on. In other words, Americans have yet to repent from the sin of slavery. Half of them still don't admit it was a sin.

So, we do need constant reminders of the horrors perpetuated on our brothers and sisters, horrors for which we're all responsible.